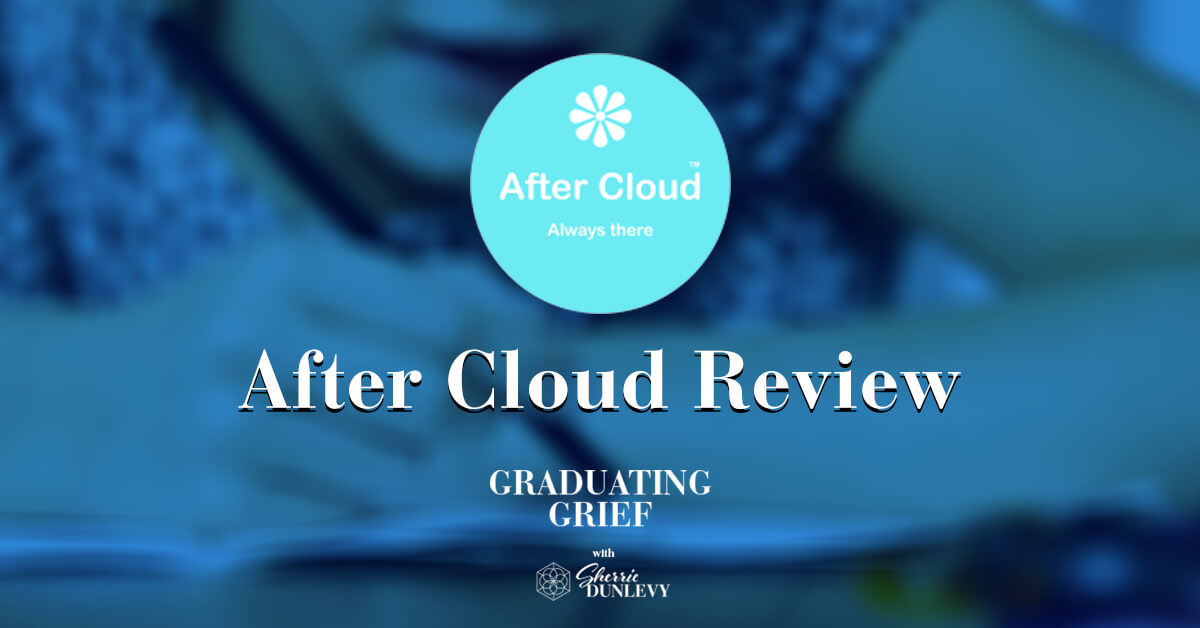 After Cloud Review – Using Memories to Help you Deal with Grief 

Years ago when I was in grade school we were given the assignment to interview our grandparents about their childhood. This was a history assignment and so this gave us a chance to learn about what it was like living during the great depression, and during world war two

For a young 4th grader, this was an exciting way to go back in time. But all these years later, I don’t remember a lot of what my grandfather and grandmother told me and one of those things I wished I really paid attention to, was how they survived the loss of their son William who died as a toddler.

Many years later, I too lost my youngest son, and although my grandmother was still alive, we never got to talk about this shared experience because she had suffered a debilitating stroke.

I feel this connection to this chapter in her life could have really helped me and even helped her if we had the chance to have a conversation about it.

I would give anything to know more about her life, her struggles, and her triumphs.

But all that is lost because both have since died.

I think that is one of the things we really start to realize after losing someone we love, we never get a chance to learn more about them from them, and that is why I was so excited to learn about two apps that can help preserve memories and history of those we love while they are alive, so we can have them forever.

“Moments” and “Timelines” from After Cloud

The apps called “Moments” and “Timelines” are from After Cloud and not only are they easy to use, they have so many uses!

I had the chance to interview Darren Evans the developer of After Cloud on this episode of the Graduating Grief Podcast where he explained how he developed the apps per the request of his 11 year old son.

Shortly after the death of his wife’s mother, his wife and her sister were going through family photos and his son kept asking questions about the people in the photos. The siblings didn’t have the answers and now they no longer had their mother to ask. Suddenly all of them realized their family history was lost.

Darren said that is when his son asked him to use his background in technology to make sure this didn’t happen to other families.

After Cloud “Timelines” and “Moments” are the result of his son’s request.

Who is After Cloud for?

After Cloud apps aren’t just for preserving family history, they can also be used for preserving the memories of those who might be suffering from memory loss due to aging, dementia, or alzheimers.

It allows people to capture moments of their lives using multiple content types.

With the Moments app, one can capture pictures, write or dictate letters, create videos, record audio or use all of them combined, to create a “moment”.

People can also post to a future date, this is beneficial for those people in palliative care or hospice as it allows family members to utilize the app as a digital bereavement memory box which can be used posthumously in memorial services.

But what Darren is excited about is hearing the stories of people who are using the app and are finding additional benefits from using it.

One woman used it to save recordings of her fathers voice that she feared losing. Now she never has to fear that again, because it’s in the cloud.

As someone who has recently lost her father, to have a place where I could go, in order to see my dads pictures, hear his voice, have him share stories of his childhood, memories of raising his children, and listen to him tell some of his ornery jokes any time I missed him, would be the greatest gift ever.

And because I know this exists, I now have the ability to start building my timeline. So my son, family and friends access it anytime they are missing me. After Cloud Timelines and Moments are great tools to process grief

With the Timelines app, you can use the same letters, audio, video and photos but add a timeline to it so it can be a chronological account of your life.

When you are ready to release it  you can publish it to a website to share with family and friends. In addition, there is a QR code feature that can be applied to your headstone or memorial after you die. This allows loved ones to gain immediate access to your life history.

Just imagine how this could revolutionize cemetery tours in the future, where you can access historical information directly from the deceased person.

Having lived through this pandemic, I can see where using these apps would be a great way to document your personal experience for generations to come. Recording in your own words what it was like living in isolation, and how you managed to live through these past two years is a way to provide a first hand account from you personally that could be documented and would serve  generations to come.

One thing that this pandemic has done universally, is bring about the realization that we are all going to die. Another thing it has done is allow us to find ways to use technology to keep us connected. After Cloud Apps Moments and Timelines, have provided us with ways to connect our past to our present for those in the future.

I downloaded both Moments and Timelines and both were very easy to use. I started uploading my information and began to build my timeline right away.

This is a great way to collect all those memories that pop up on social media like Facebook Memories or through other apps like Time Hop and store them all in one place. Plus, you have the option of recording an audio description of the picture or a memory from when the picture was taken.

How Can After Cloud Help?

These apps allow you to tell your story in the manner in which you want it to be told. It is not left to the memories of others.

Both apps are a great way to keep your family memories and history from dying with you.

They can provide comfort, connection and provide the missing link for future generations.

Just in case you are worried about security breaches, the information is private and secure unless you decide to share it.

If only Timelines was out when I was given that assignment as a young girl. That family history that I collected and forgot about nearly 50 years ago, would be available for me and all the generations to come.

I sometimes use affiliate links in my content. This costs the reader nothing and helps offset the cost of producing this blog

Want to share your story or offer tools to help women Graduate from their grief?

Fill out this podcast guest form. If it’s a good fit, I’ll be in touch with you.